Welcome to our House. Our dream come true

The best environment to enjoy nature, the rural environment in all its authenticity and the local flavour of a historic village like Salas. 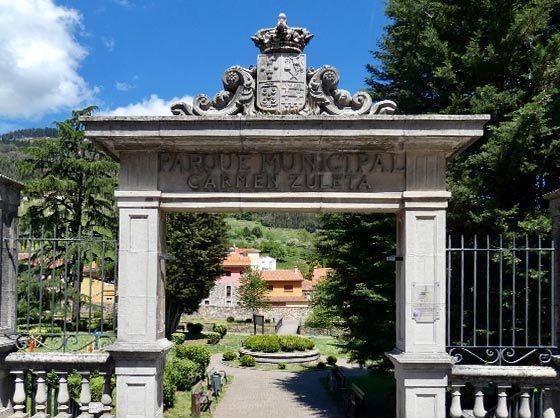 Ideal for a leisurely stroll while enjoying the local atmosphere and the proverbial kindness of its neighbours.

THE HISTORICAL VILLAGE OF SALAS

Just a step away from Casa Sueño, the historical village of Salas displays all its charm to the surprise of many visitors. Plagued with landmarks of civil and religious architecture that have their roots in the Middle Ages, the Casa Palacio de los Valdés Salas and the monumental Torre de los Valdés Salas stand out above all.

The Salas council is located in the west centre of Asturias, it is called Region of the Narcea Valley. The capital of the municipality is Salas, through which the Primitive Way of St James crosses. Other nearby towns are: Cornellana, Soto de los Infantes, La Espina, Villazón, Dóriga, Malleza, Lavio, Laneo and Santiago de la Barca.

Their mountains of average altitude stand out, suitable for hiking, equestrian tourism or mountain biking. In addition, the Nonaya waterfall which is 2 km away on the Primitive Way in Salas, and rivers like Narcea entice to practice fishing in search of the precious salmon and trout. Other attractions are sport and mushroom hunting. One of the most typical features of Salas is the abundance of prehistoric remnants such as the La Cobertoria dolmens and the remains of the Iron-Age settlements, Roman steles and inscriptions that are scattered throughout the various places of the municipality. During the year, bike competitions, rallies, championships and car shows are frequent.

Salas has all the facilities such as pharmacies, health centre, banks, petrol station, sports centre, various shops, some bars and restaurants.

Salas, like other medieval villages, originally had a military and religious function that soon changed to become a commercial function favoured by the pilgrimage route and which still continues nowadays in the 21st century. The pilgrims pass by the door of Casa Sueño and they are all welcome.

The village of Salas has been declared an Asset of Cultural Interest with a Historic Site category on February 24, 1994. It has several buildings declared as Cultural Interest with the category of Monuments: the majestic Torre de la Villa (XIV-XV centuries); the Casa Palacio de Valdés (mid XVI century) joined to the previous one and the old Colegiata de Santa María la Mayor (1549), today it’s a parish church. In addition, it has a remarkable set of mansions and palaces with various squares and streets, standing out the Palacio de los Condes de Casares (18th century). Beautiful samples of popular architecture coexist with them.

Another point of interest of this thousand-year-old town is the Carmen Zuleta municipal park created from the Palace gardens, mentioned above, of the Counts of Casares, in 1950.

For those who would like to take a walk in the middle of nature, very close to Casa Sueño is the Nonaya waterfall.

Taking the path that goes into the forest and following the course of the Nonaya river on the way out of Salas, you can enjoy this short walk that will take you through springs and small stone bridges to this beautiful retreat.

A route for the whole family

THE SANCTUARY OF THE VIRGIN OF THE ASSUMPTION OF EL VISO

Dominating the village of Salas from a nearby heights, the Sanctuary of the Virgin of the Asunción del Viso is another point of interest to visit. Just 4 km away from Casa Sueño, the climb to this sanctuary goes through a beautiful road between the local houses and large meadows. At the Chapel, you can find spectacular views.

THE PRIMITIVE WAY OF SANTIAGO

The Primitive Way, also called the Original Way, has been declared a World Heritage Site by UNESCO in July 2015. The Primitive Way is between Oviedo and Santiago de Compostela, it is 313 km, which crosses Asturias and Galicia. The exuberant nature is the mark of this Way that still maintains its original essence.